How To Make A McSplainer: The Definitive Guide To Producing Generic Explainer Videos

By Stephen Conley December 5, 2014 No Comments 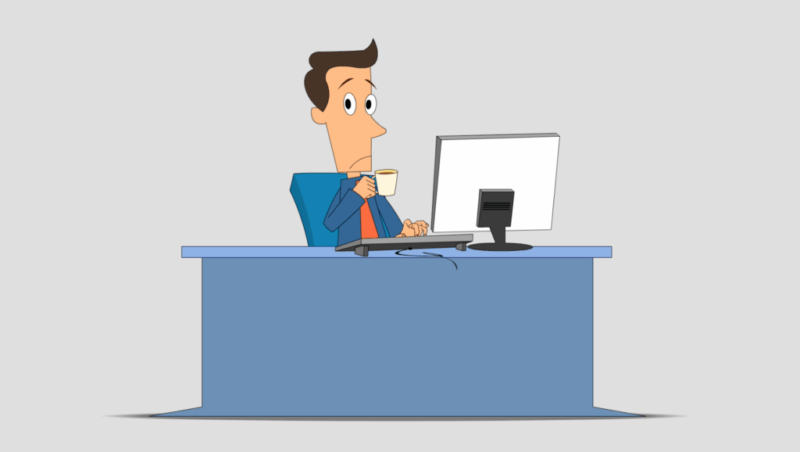 Today, we’re proud to release our (tongue firmly in cheek) definitive guide on how to produce what we call a “McSplainer.” Watch this video to learn more…and we’ll pick up the discussion in a minute.

OK, sure this was satirical, sarcastic and way over-the-top…but is it really too far off from some of the stuff you see out there? McSpainers…err…explainer videos are seemingly everywhere you look these days. I first started getting concerned a couple of years back when I noticed people offering to make an “explainer video”  on Fiverr for…well, five bucks. Really? These things that we at Gisteo spent so many hours producing….from client discussions to script development, to multiple rounds of revisions and fine-tuning to the final animation and delivery….now being offered for $5? Could it be possible?

When I was in the advertising industry, months of strategy, research, ideation, storyboards, presentations, casting, pre-production, post-production etc. often went into making just a single 30-second TV spot for a client. Granted, explainer videos are commonly created for start-ups who understandably can’t afford or want to pay big ad agency budgets but still…are you really going to entrust one of your brand’s most important assets to some dude in a faraway land willing to craft your message or at least animate it for a few bucks…or even a few hundred bucks?

Yes, there is certainly something rotten in the state of explainer videos as I blogged about recently….and it’s disturbing, but let’s first further analyze this important term: McSplainer.

As Wikipedia states, “McWord is a word containing the prefix Mc-, derived from the first syllable of the name of the McDonald’s restaurant chain. Words of this nature are either official marketing terms of the chain (such as McNugget), or are neologisms designed to evoke pejorative associations with the restaurant chain or fast food in general, often for qualities of cheapness, inauthenticity, or the rapidity and ease of manufacture. They are also used in non-consumerism contexts as a pejorative for heavily commercialized or globalized things and concepts.”

And let’s now add the word we’ve just baptized to this list:

Now I’m not saying that Gisteo has always been perfect and, sure, we have indeed created some semi-formulaic stuff over our 500+ productions, especially when the explainer video genre was still in its nascent phase a few years ago when we began making these. Also, it’s important to separate the structure from the execution. Setting up an explainer video with a problem-solution type format is NOT the issue in and of itself. Addressing the problem your product, service, brand or idea is solving can indeed be a viable way to set up your audience and provide context for your solution. If you ever watch Shark Tank on ABC or see good investor presentations, plenty of great pitches follow a  problem-solution format.

Gisteo is pledging to do our part to draw attention to the disturbing and growing trend of McSplainers out there. We will continue to do everything within our power to protect the dignity and quality of the work we do for our clients. I sincerely hope other explainer video production companies will join us in this important cause.   Let’s all work harder and dig deeper to create more original, innovative and thoughtful work that both helps clients and makes our industry as a whole look good in the process!